Located in East Africa, Tanzania is a country home to the tallest peak in Africa and the most dramatic caldera on Earth. In the north are some of the most iconic landmarks and parks on the continent – such as Mount Kilimanjaro, the Serengeti, and the Ngorongoro Crater. Although Disney’s Lion King was loosely filmed in the Masai Mara in Kenya, a lot of research came from the plains of the Serengeti. 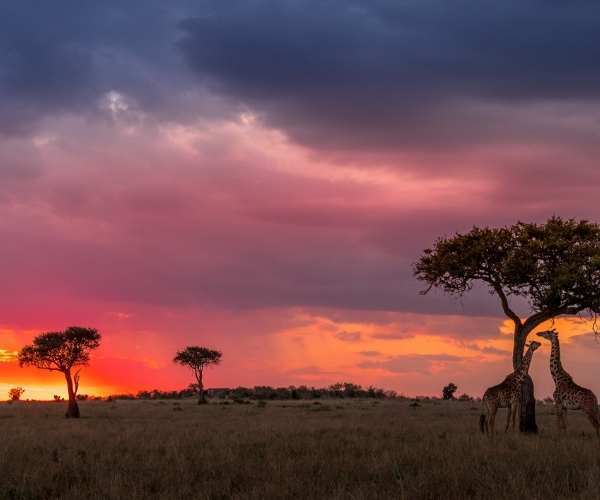 In the south, Tanzania homes some off-the-beaten-track destinations which, for safari enthusiasts, are worth visiting. Off the eastern coast is Zanzibar Island – a tropical paradise full of white-sand beaches and friendly local people. With so much to see and do in Tanzania, here are 7 reasons why Tanzania should be on your bucket list. 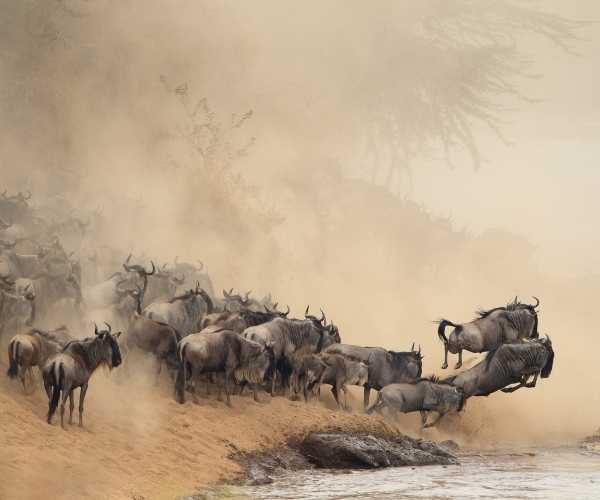 1. It is home to the Great Migration

If you’re thinking of going on a safari but finding it difficult to decide which country to head to, ask yourself this question: do you want to witness the greatest safari spectacle on Earth? If so, then head to Tanzania to experience the wildebeest migration. Each year, over 1.5 million wildebeest and 200,000 zebras make the journey across the plains of the Serengeti National Park (Tanzania) and the Masai Mara National Reserve (Kenya) in search of green pasture and fresh rains. The round trip can be up to 1,000 kilometres long and, with lion, cheetah, leopard, hyena, and crocodiles lurking along the way, it’s an exhausting and brutal journey for them. As it’s possible to see the wildebeest herds throughout the year in Tanzania, this incredible sighting is often top of the list when it comes to things to do in Tanzania. 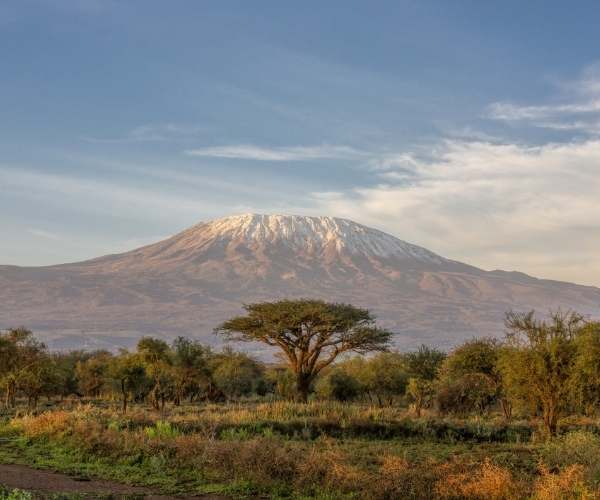 2. Mount Kilimanjaro towers over the country

Standing at a height of 5,895 metres above sea level, Mount Kilimanjaro is in northern Tanzania and is the tallest mountain in Africa. On clear days, you can see the snow-peaked tip of Kilimanjaro from northern Tanzania, but one of the best views of the mountain is from Kenya’s Amboseli National Park. Photographers usually head here for iconic pictures of elephant herds in the foreground and the mighty mountain as the backdrop. Although you need a good level of fitness, climbing Mount Kilimanjaro is certainly possible and sometimes referred to as ‘every man’s Everest’.  There are around 6 hiking trails, each offering different lengths and strenuousness. 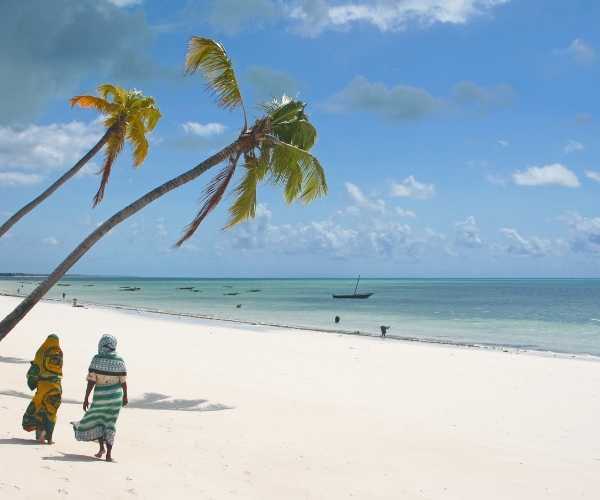 3. Enjoy a tropical paradise island after your safari

Although the east coast of Tanzania is home to a beautiful coastline, the most visited beach destination is Zanzibar Island. The local name for the island is ‘Unguja’, and it’s composed of an archipelago in the Indian Ocean, approximately 30 kilometres from Tanzania’s mainland. This relatively small island has so much to offer. Of course, stunning beach hotels and resorts sit on the northern and eastern coastlines, each offering barefoot luxury with breath-taking views across to the ocean. Here, you can do plenty of watersports such as snorkelling, diving, kayaking, and kite surfing. The capital of the island, named Stone Town, is also worth visiting. It’s an UNESCO World Heritage Site, and is home to an abundance of culture and history. 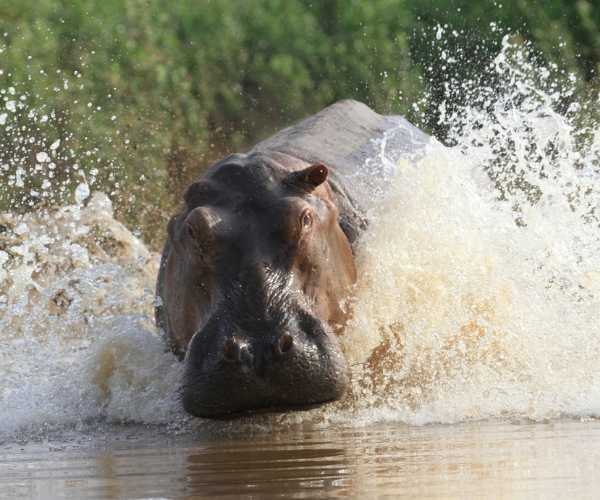 4. Enjoy a boat safari in the Selous

Although the traditional safari experience is in a 4×4 jeep, the Selous Game Reserve in southern Tanzania offers a variety of game viewing activities. As well as game drives, you can do walking safaris and boat safaris here. As the mighty Rufiji River runs through the Selous Game Reserve, heading out on a boat is one of the best ways to see the wildlife. On the water, you’ll get close to hippo and crocodile beneath you, watch elephants swim and drink from the river, and tick off unique bird sightings throughout the day. From the river, you get a different perspective of the park, and if you’re lucky, you will get the opportunity to see big cats hunting along the riverbank as antelope or other small animals come to drink. 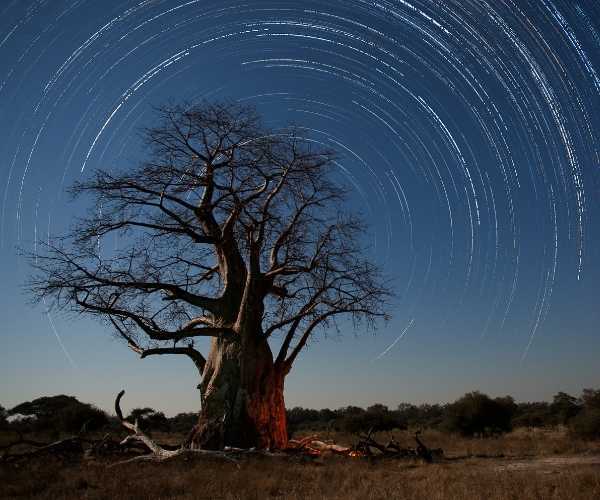 5. Sleep under the stars in Ruaha National Park

Although the wildlife in Tanzania is second-to-none, the sky at night should never be underestimated. With so little light pollution, being out in the bush allows you to see the sky completely lit up, sparkling with stars and constellations. Some destinations across Tanzania allow you to sleep under the stars at night, such as Ruaha National Park. Some camps have sleepout decks and beds, while others offer an experience called ‘fly camping’. This is essentially an experience where you sleep under the stars with just a mosquito net around you. With your guide and a team of staff with you, it’s certainly one of the most memorable ways to spend a night in Tanzania. 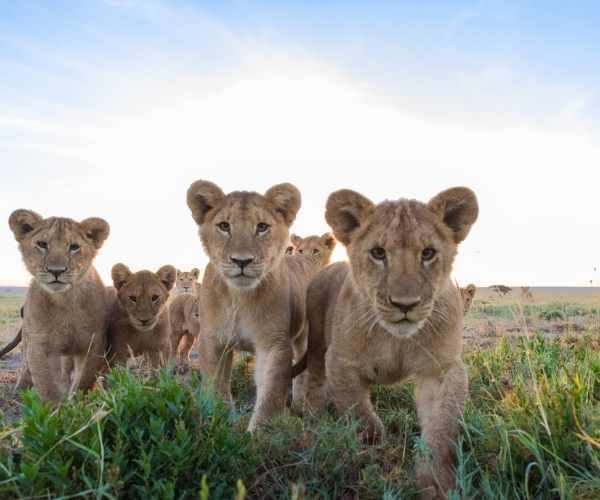 Disney took inspiration and did extensive research in both Kenya and Tanzania when it came to the making of the Lion King (1994). They used the backdrops of the Masai Mara and the Serengeti as inspiration – for example, the vast, extensive plains and dramatic acacia trees. There is also a considerable use of Swahili (the local language in Tanzania and East Africa) in the Lion King. While many of us know that ‘hakuna matata’ means ‘no worries’, other characters have Swahili translations. For example, simba means lion, zazu means movement, and Rafiki means friend. During your Tanzania safari, you’ll have the opportunity to see these Lion King characters in real life, and answer the questions you have always wanted to know: Do hyenas really laugh? Are warthogs really forgetful? Is Pride Rock real? The list goes on. 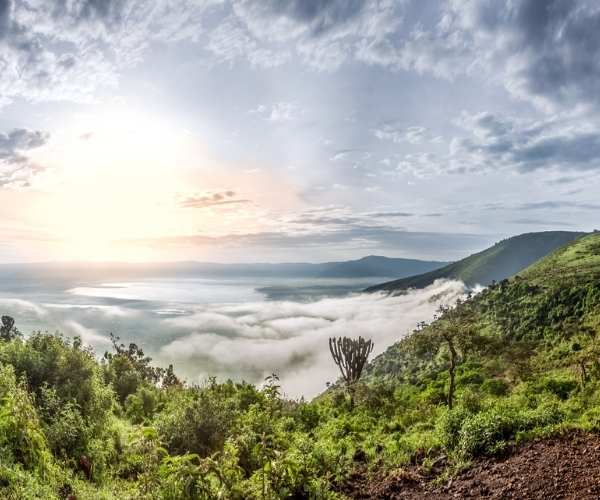 7. Descent into the Ngorongoro Crater

Located in northern Tanzania is the Ngorongoro Crater. Now classed as a UNESCO World Heritage Site, this impressive caldera was formed when a giant volcano exploded and collapsed approximately 3 million years ago. Today, you can descend the impressive sunken caldera and enjoy a safari on the crater floor. The landscape is so unique. From the top, the weather is cooler and there is a layer of mysterious fog over the crater. As you drive down, the fog lifts and you will see an expansive savannah in front of you. On your safari, you’ll get the chance to see lion, elephant, zebra, antelope, crocodile, hippo, and the elusive rhino.